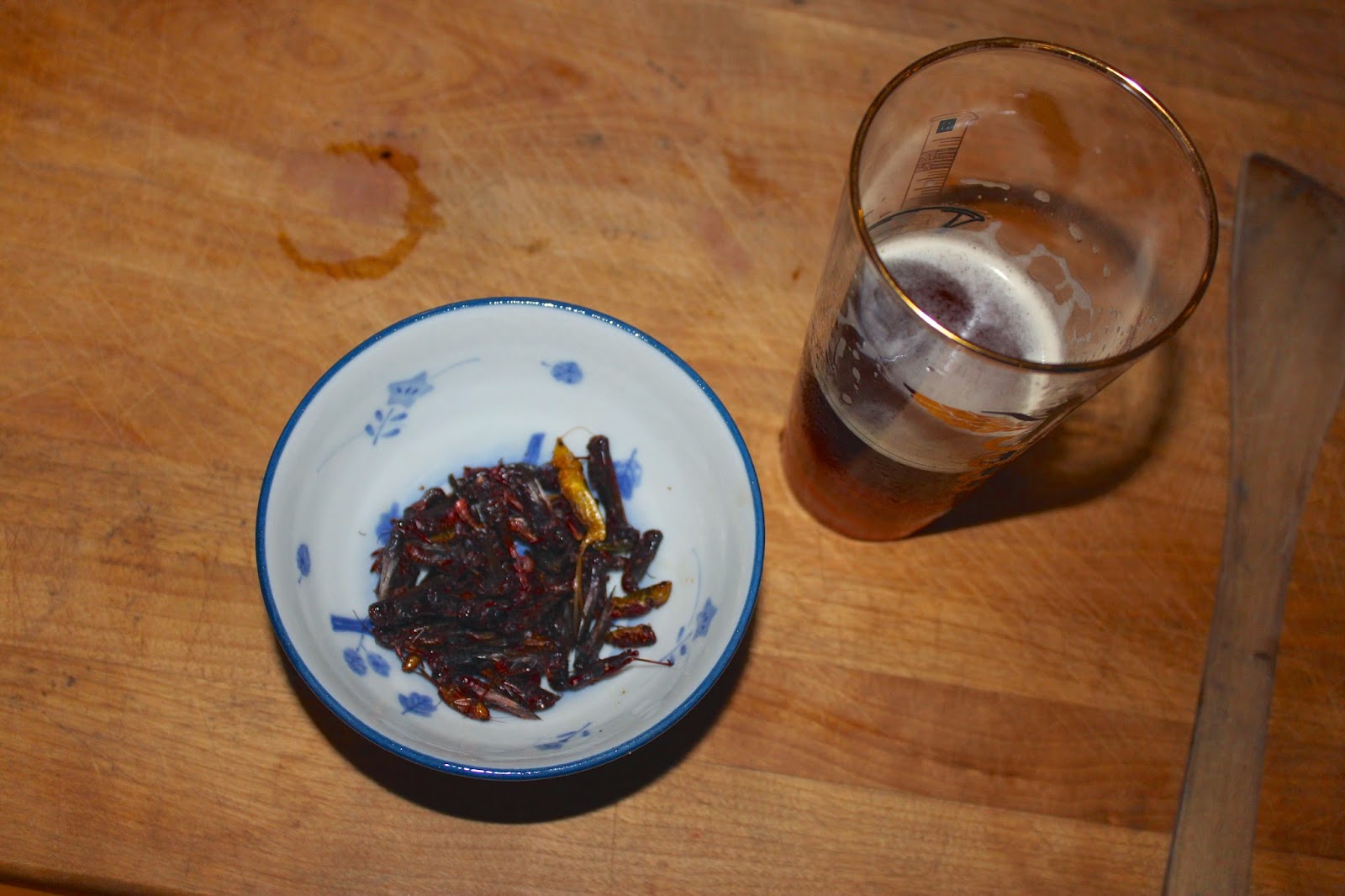 I'm making an effort at an autumn garden this year - spinach, chard and greens mostly.  Our only frost so far did no damage, though I have cold frames standing by.

The more immediate problem is that the grasshoppers are relentlessly gnawing on my greens and turning them to lacework.

A few years ago at this time of year a coyote visited the yard - and I wondered what brought him out in broad daylight.  A few days later I found his scat and saw it was composed entirely of grasshopper and cricket exoskeletons.

I'm taking the coyote's cue and experimenting with eating these greedy critters.  The sustainability folks (including those at the UN) insist that humans' living lightly (or living at all) on the earth is going to involve eating more insects.  As an anthropologist I know that our own culture is pretty odd in its aversion to making use of this otherwise ubiquitous food source.

I had a small butterfly net, and I quickly jerry-rigged a foraging container.  I had an old water-cooler jug sitting around, so I cut the top off at the shoulder, inverted it and duct-taped it in place to make a kind of fish-trap style grasshopper container.  A lacrosse ball settles into the opening perfectly as a handy lid.

I gathered a few dozen in and around the garden - hopefully enough to put a dent in their depredations.  I let them sit for a day, so they could pass whatever greens were in their system.  (Real aficionados give them some hominy or some other starchy grain to eat, I think.)  I dumped them into a plastic bag and put them into the freezer to expire.

Our grasshoppers are fairly petite, so pulling off legs and wings was a niggling and tedious process, toward the end of which I had no interest in eating grasshoppers.  (The next time I won't bother with that labor, since wings and legs come off much easier once they've been cooked.) 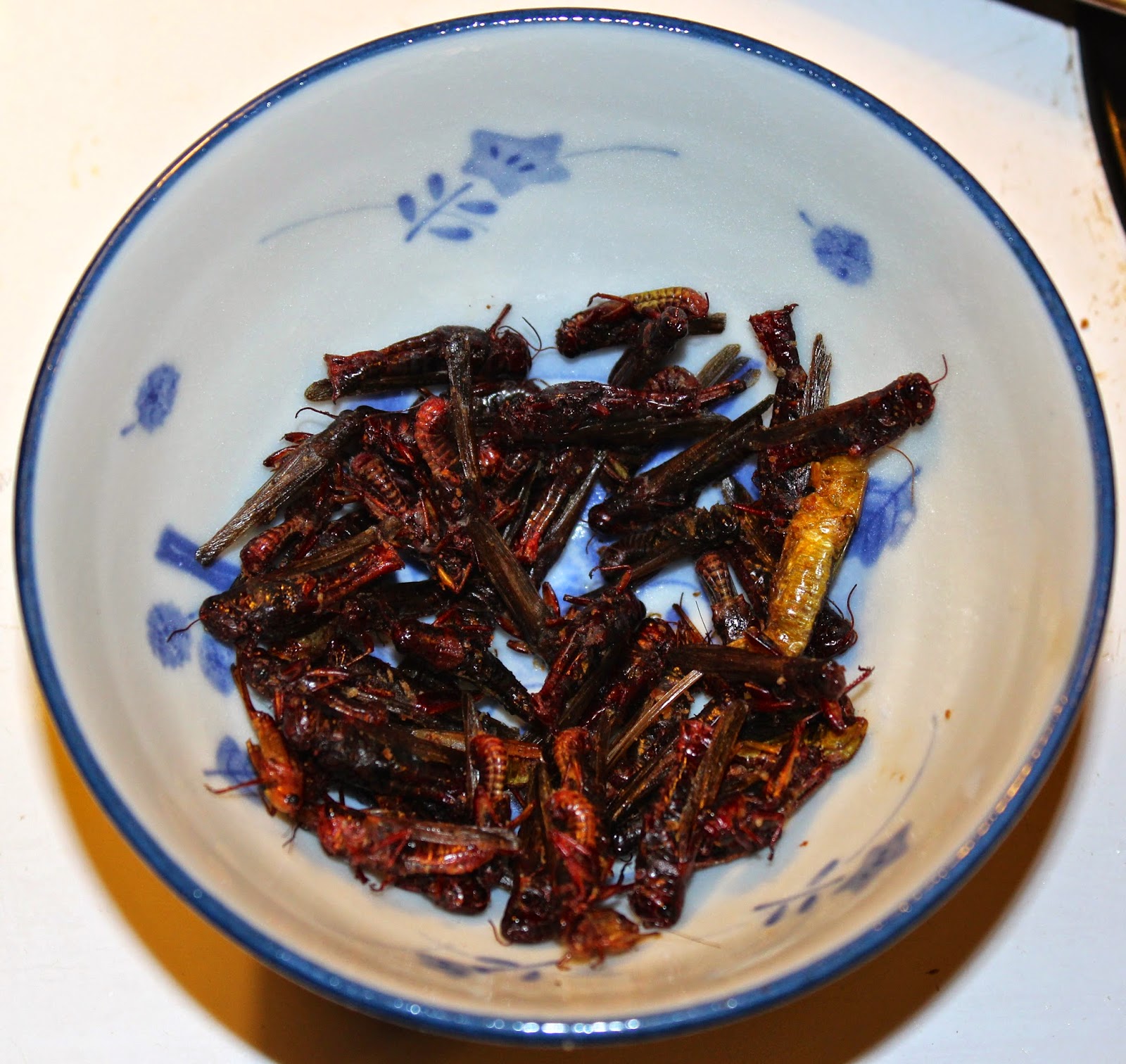 We rubbed them with olive oil,  sprinkled on some cajun spices and popped them into the oven at 250 degrees until they turned a crispy magenta (the lone katydid turned golden instead).


I won't lie and say that I took to it right away.  They sure look like bugs, and their texture is fairly . . . um . . . complex, especially if the wings and any legs are included.  But the flavor is actually pretty good.  Eventually, I got into a rhythm - like eating pistachios, but instead of shelling each nut, you  pull off the papery wings, roll any remaining legs off with the side of your thumb and pop it into your mouth.  And I have to say - as far a garden pest measures go - it's a pretty good solution.

I may have another go at it this weekend.  There is still no shortage of grasshoppers.