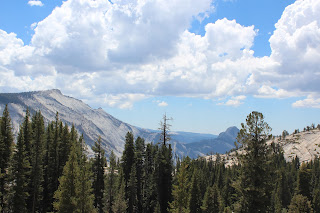 After our Tuesday hike by the Gaylor Lakes, we drove deeper into Yosemite National Park, down the dramatic high valleys to Olmstead Point where you occupy heights above the famous Valley and see Half Dome looming in the distance.  Lunch was a picnic of fruit, cheese and sandwiches along Tenaya Lake, where travelers rested along the sandy beach. Stellar's Jays and Clark's Nutcrackers watched for their opportunities from the pines.

We drove back over Tioga Pass, and down the stony valley.  In his imagination Nico designed the castles and battlements that should be perched upon the cirques and crags. 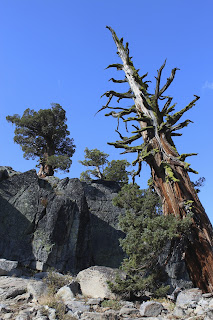 Family friends of Monica own a little cabin on the southwestern shore of Lake Tahoe, and they were lending us the place for the rest of the week.  We arrived in the drizzling evening.  After a couple of hours of driving I'd developed a touch of altitude sickness -- a headache and lethargy.  I'd suffered it once before - the only other time I'd traveled from sea level to the mountains and then hiked above 10,000 feet.  Fortunately, Monica was unfazed and set about settling in and cooking a dinner.

On Wednesday we explored the shore, strolling a nature trail, picnicking among the boulders (until the thunderstorms chased us away).  At the cabin all the electronics got stowed and we played cards and read books.

Thursday was our most ambitious hike up into the Desolation Wilderness. 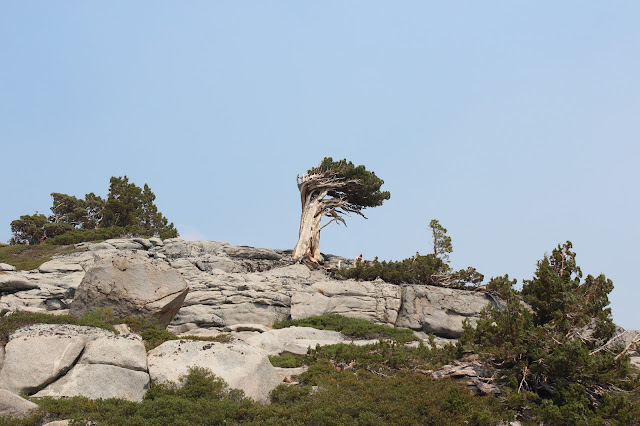 The hike up to Middle Velma lake and back is about 10 miles all told.  The first two miles are mostly uphill - climbing 1600 feet past Eagle Lake to the high country beyond.  From there the trail wends up and down through the barrens and groves and twisted, gnarled pines. 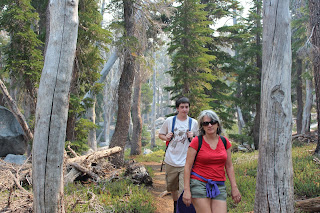 Although the morning was clear, smoke from the fires to the west and south gradually began to haze the air - and the smell of smoke sometimes stung the nose.

We pushed on past the reedy banks of Upper Velma lake to Middle Velma Lake, where a scramble down the hillside brought us to the water's edge.  We ate our lunch and Monica and I both swam out to one of the small islands that stud the water.

The cool breeze dried us quickly when we climbed back out.  Except for the ducks and the dragonflies, we had the lake to ourselves.  Porter wandered off to explore, while Nico took a nap upon a rock.

It was the descent back down to the trailhead above Emerald Bay that really took it's toll.  Two miles of downhill strains the knees and tendons, and we were all weary and footsore by the time we got back to the car.  But the soreness would gradually give way to a tired satisfaction that we'd managed to climb to the high country, however briefly. 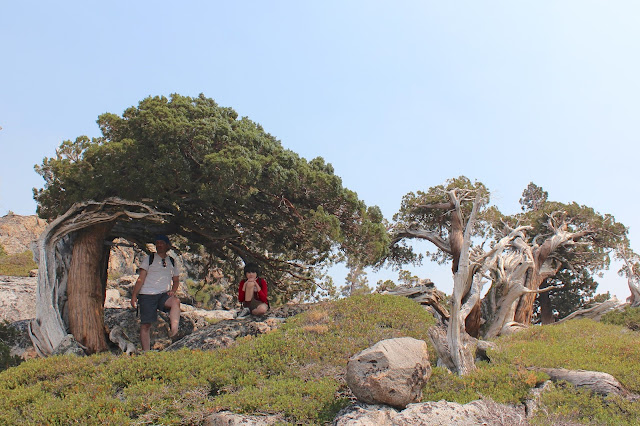 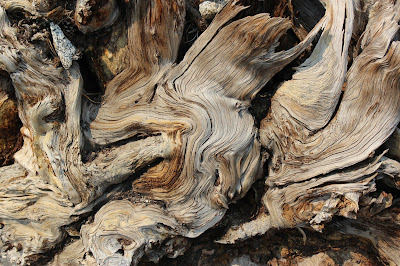 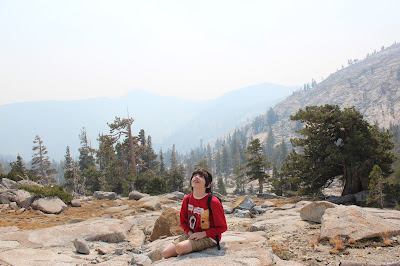 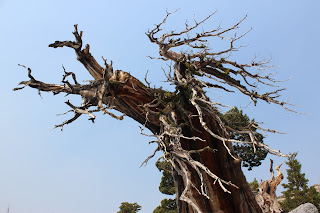 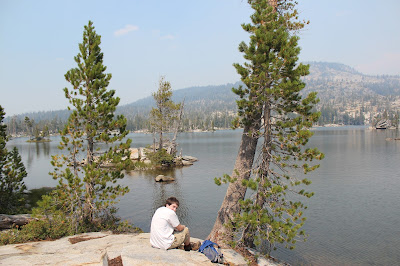 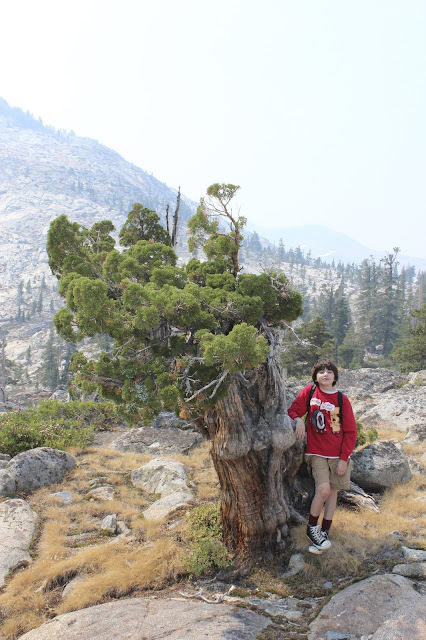 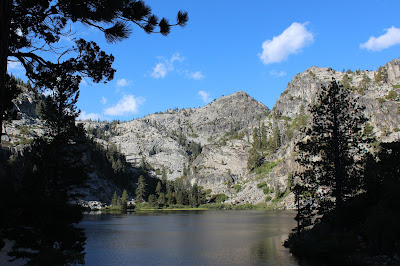 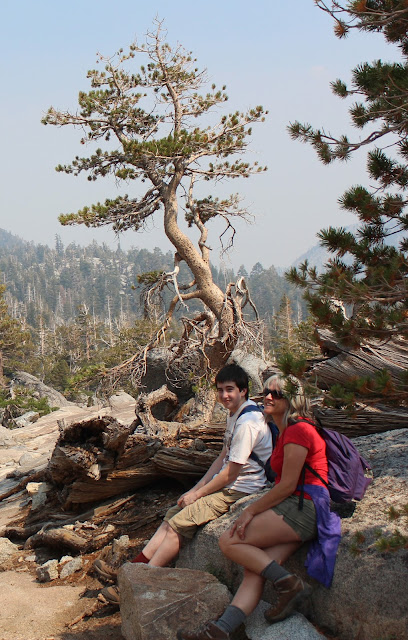 Email ThisBlogThis!Share to TwitterShare to FacebookShare to Pinterest
Labels: hiking, Monica, Nico, outdoors, Porter, travel
Newer Posts Older Posts Home
Subscribe to: Posts (Atom)
Do I contradict myself?
Very well then I contradict myself,
(I am large, I contain multitudes.)
----  Walt Whitman
"Song of Myself"