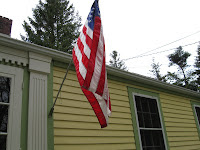 A good day to reflect upon the patriotism of rebellion.  The language of patriotism and liberty has too long been treated like property by people who mean exactly the opposite.
We've woken from our complacency to find ourselves living under a government that tortures and imprisons people disregardful of whether they are innocent or guilty; that breaks its own laws to spy upon its citizens; that builds its rule to enrich the few and impoverish the many; 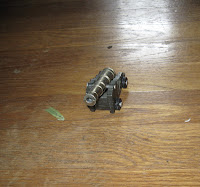 that degrades and disregards science and knowledge and democratic debate; that treats the young as raw material to be wrung for profit.
A patriotic stance toward such a government means contempt, derision and a profound commitment to reform and revitalization.
Happy Birthday, America -- across 232 years there are bound to be some rough patches.
Photos by Nico B.
Posted by Andy Brown at 6:08 PM 1 comment: