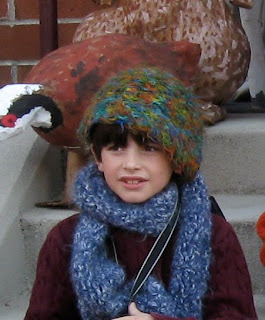 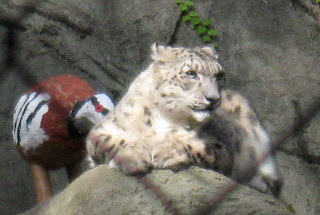 Nico went to the zoo

to feed the snow leopards

that they had made in class.

The zookeepers filled it with meat. 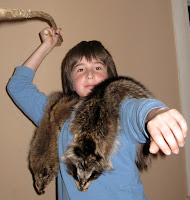 He was pleased with the picture he took of the cat.

Porter made an atl atl and paleolithic hardwood darts were arc'ing across the sky.

And there was Nico's diorama of a habitat for the herring gulls. 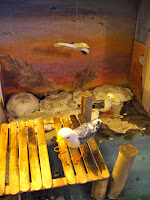 I'd suggested a town dump scene but was vetoed by Monica and Nico.

Posted by Andy Brown at 9:30 PM No comments: