I was talking with friends about paths not taken.  It’s not really that I think of life in terms of Frost’s roads diverging in a wood.  The paths that take us where we end up seem to be the summary of ten thousand micro-decisions.  Sometimes there’s the clarity and challenge of a fork, but only because of the preceding thousand, barely-noticed choices that put you on that road.  But, nonetheless, I’ve been thinking about my own road-not-taken.  It’s not the obvious ones – like I could have stuck more determinedly in academia or done a different kind of writing or lived in a different part of the country.  As far as all of those alternatives go (to the extent there were forks that might have taken me there) I’m not much tempted to dwell on them.
No, for me the path not taken has to do with actually living up to my convictions when it comes to participating in our fundamentally unsound and unsustainable society.  Whether intellectually or instinctually, I know that our civilization is heading for the rocks – and it’s becoming increasingly difficult to maintain the (fading) hope that we are going to do anything about it.
It is not just about the unsustainability of our civilization.  It is the fact that we have been ruthlessly destroying the generative foundations of everything we depend on.  Not just using up resources, but destroying the very systems that create and renew the resources we depend on.  We are like the heirs to a fortune, that not only ruined and looted the investments, but squandered all of the capital, and took out triple mortgages on every property that he could claim ownership of.  Then we congratulated ourselves on the quality of the champagne we were able to purchase with our wealth.
(Continued below the break) 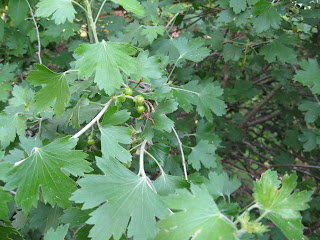 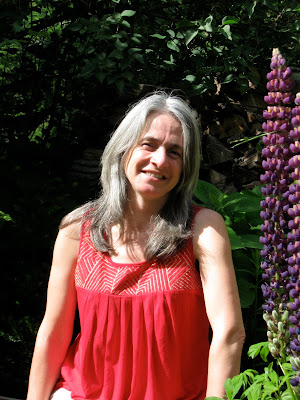 Green currants.
And Monica in her garden.

A Swallowtail
visits the hummingbird feeder. 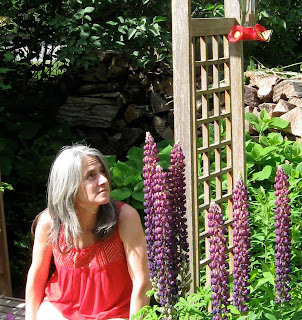 Email ThisBlogThis!Share to TwitterShare to FacebookShare to Pinterest
Labels: photos
Newer Posts Older Posts Home
Subscribe to: Posts (Atom)
Do I contradict myself?
Very well then I contradict myself,
(I am large, I contain multitudes.)
----  Walt Whitman
"Song of Myself"