It's a drier than usual dry season here, but the slopes of the great volcanos are still covered in lush forest.  Arenal is the most active of Costa Rica's volcanos, though is has been quiescent for a couple of years.  No lava runs down its sides -- only streamers of steam emerge upon the peaks.


The first night we stayed at a resort outside of the town of Fortuna at the foot of the mountain.  Swimming pools for the boys, hot springs for Monica and birdwatching for me.

The second night was at the Arenal Observatory Lodge.  Dozens of species of birds move around the gardens and woods there.  Coatis roam the property scavenging.  Geckos, "gek-gek-gek-gek!" noisily as they hunt in the rafters for prey.

Early in the morning, before I went walking I recorded the sounds: Oropendola, distant howler monkeys, crested guan and all the other birds of the dawn chorus . . .

Porter took a picture at night - the mountain under the big dipper: 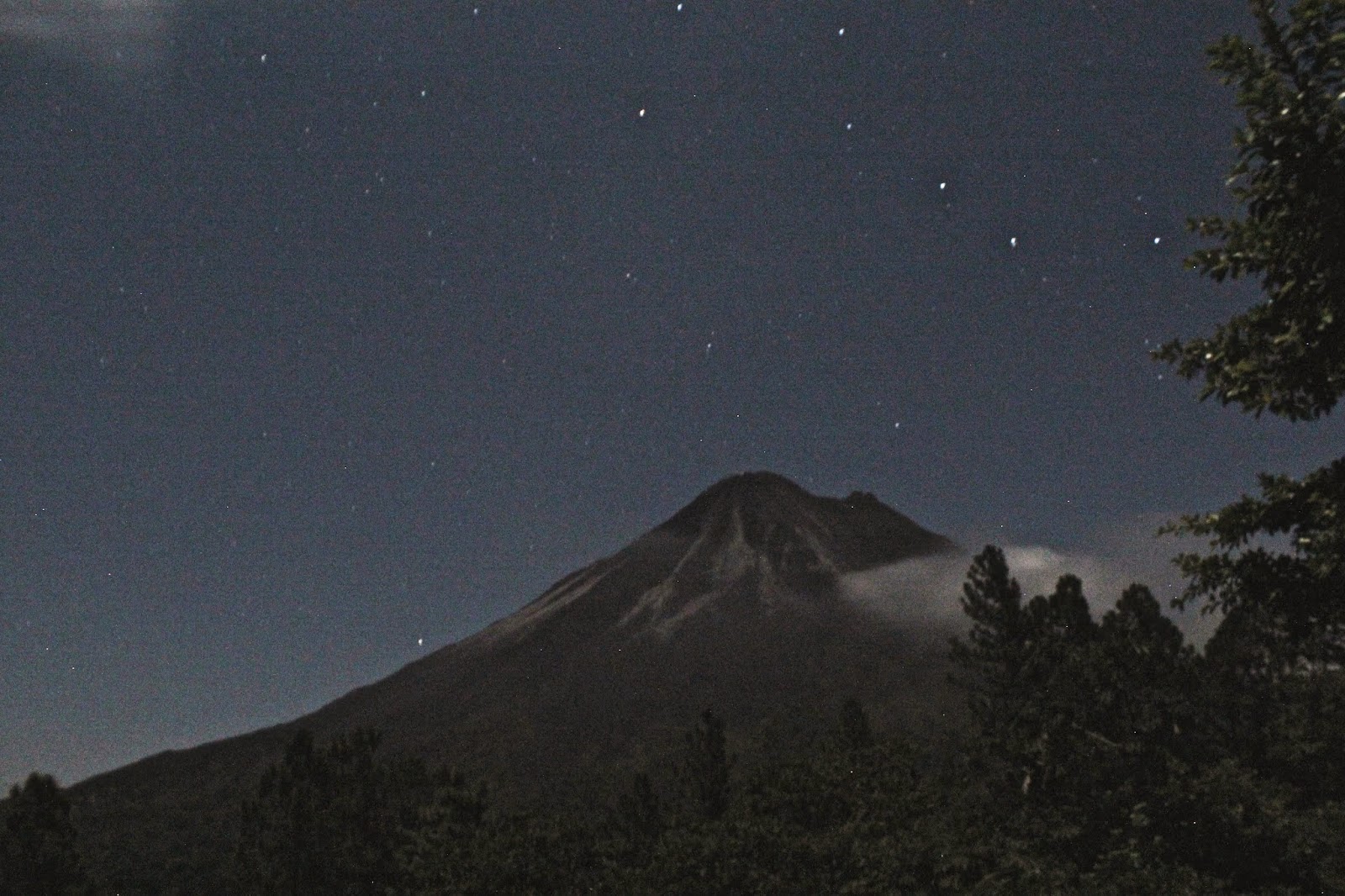 Email ThisBlogThis!Share to TwitterShare to FacebookShare to Pinterest
Labels: Monica, Nico, photos, Porter, travel, video
Newer Posts Older Posts Home
Subscribe to: Posts (Atom)
Do I contradict myself?
Very well then I contradict myself,
(I am large, I contain multitudes.)
----  Walt Whitman
"Song of Myself"