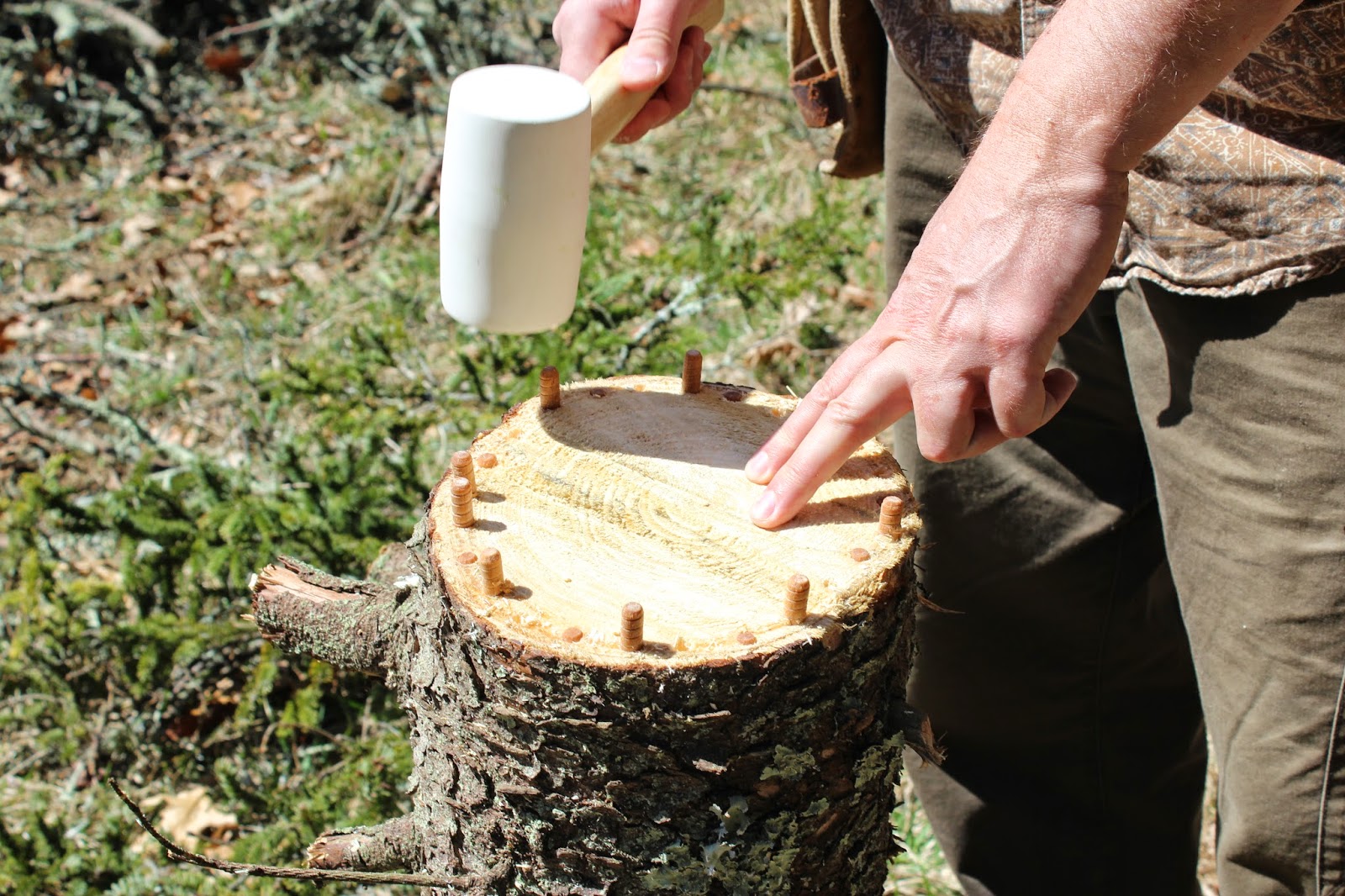 _
They say when life gives you lemons - make lemonade.  But when life drops a spruce tree on your garden, make mushrooms.  Specifically, Chicken of the Woods, which thrives on newly fallen spruce. 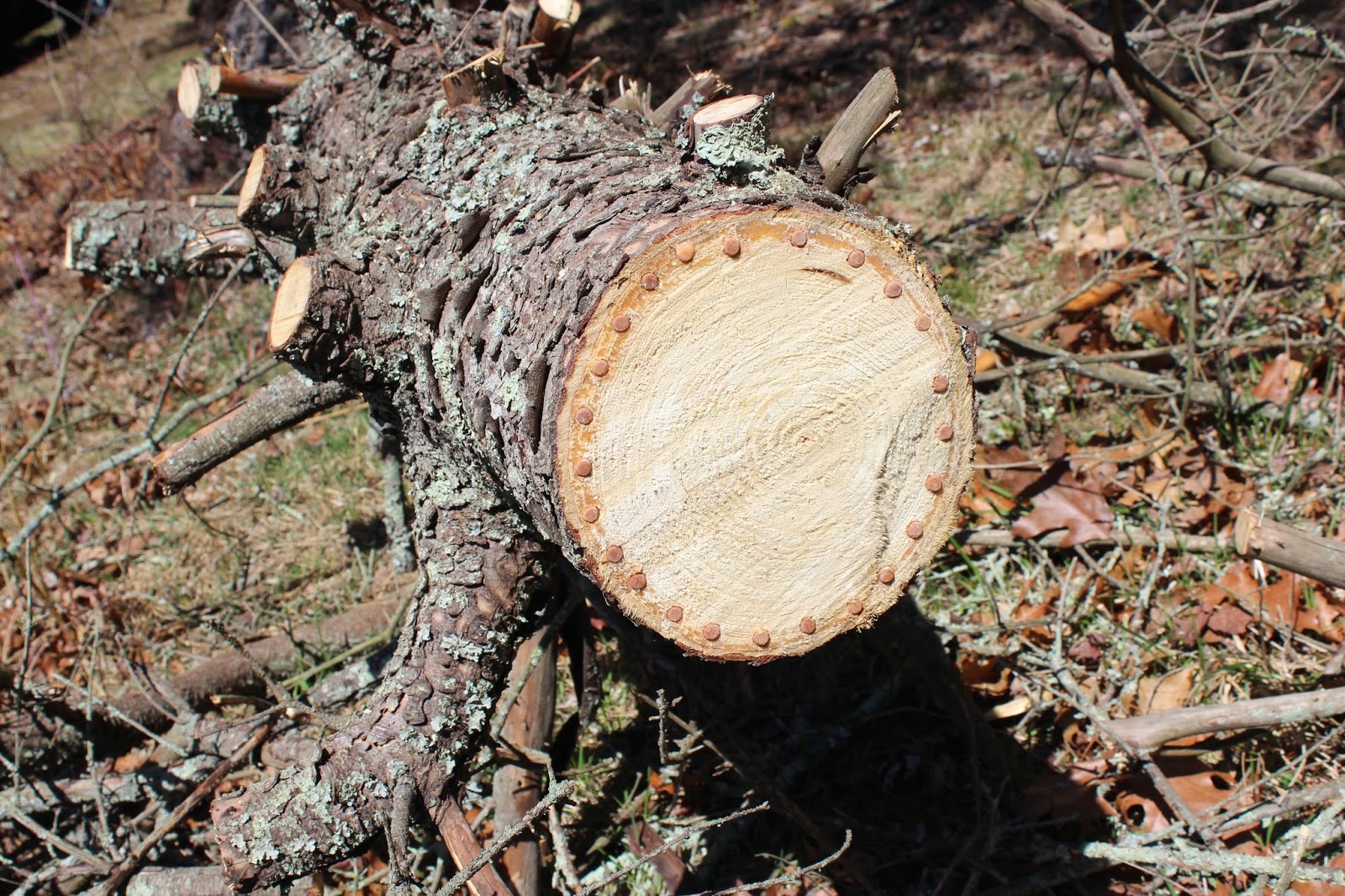 I mail ordered some "plug spawn" from an outfit called Fungi Perfecti.  For $12-15 you get a hundred little dowels infused with the mycelium of a variety of edible or medicinal fungi.

If you have cut green wood or a fresh stump you can culture it by drilling a series of 5/16ths inch holes and tapping in the dowels with a rubber mallet.  In 9 months or so, once the mycelium has thoroughly colonized the wood, you should get a bloom of mushrooms to harvest.

I don't have a stump so much as a fallen tree, half uprooted.  I left the bottom dozen feet in place and divided the dowels up between the trunk and several 4-foot sections, cut and trimmed of branches.

I also had a maple with plenty of dead and dying sections, which I'd been meaning to cut.  It was only a matter of time until it dropped a limb onto one of our cars.

Only the center top was healthy, so I let it stand and trimmed out the rest.

The downed logs I'll inoculate with shiitake and pearl oyster mushrooms and roll them under the maple tree to rot and flourish.  The "stumps" I'll culture with blue oyster mushrooms, though if I were following proper protocol I would have cut the whole thing down to prevent it from fighting off the fungi. 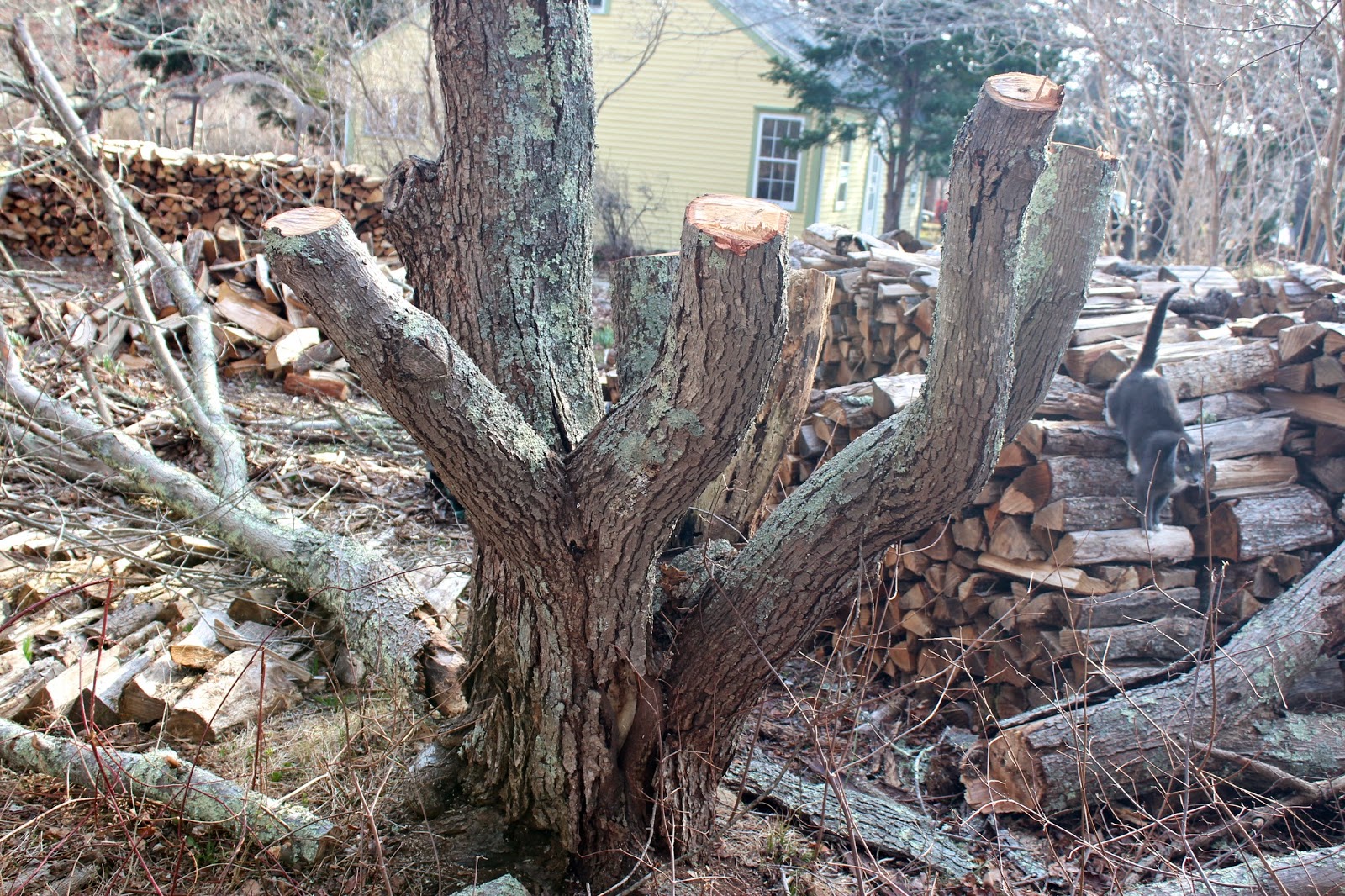