Mid-April plantings of a reckless optimist --

Smack me down New England spring. 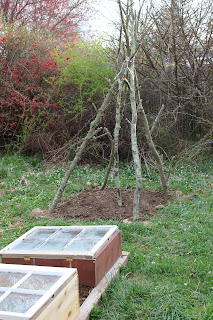 I put pole beans in a patch of ground where I planted red potatoes last year.  (It was my low-till experiment.  I piled leaves on a patch to kill (or at least demoralize) the grass and then just broke the sod.  I got out more potato than I put in, but not by much.  Porter and I built a teepee out of maple boughs from a tree I dropped.   I gouged out a handful of dirt for each bean, tossed in some screened compost, and covered it back up. 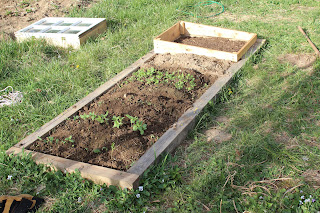 The lettuce and sunflowers seem to be doing fine in the cold frames.  I set the boxes aside for today's mild weather, but replaced them for the evening.


The weather reports have been predicting 40's every night and every night it's been down to near freezing.  The beets are up and I've been mostly leaving those fend for themselves. 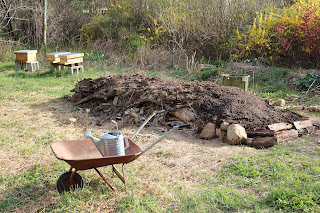 And I'm not sure how much to expect from the "hugel."  I'm sure it would be better if it had had a few months to settle, but seeds are cheap, so I've started to plant it.  Starting on the north end of it I've put in cucumber seeds, a few nasturtiums and two rows of Jacob Cattle beans.

The peach tree has been in bloom for a few days, and the apple trees are about to break into leaf -- the rhubarb and mint and asparagus are all coming up.  And morels! 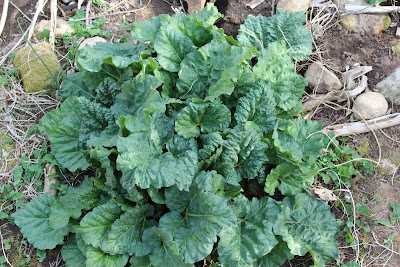