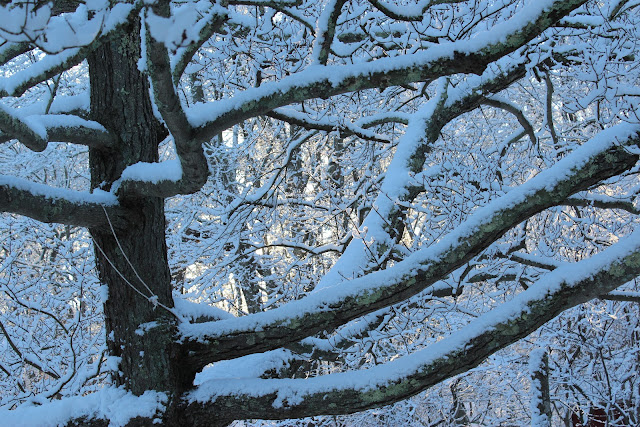 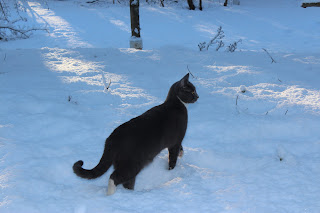 We burned through the firewood I had brought inside as preparation for last week's blizzard.  Now the boys are hauling in wet, snow-dappled wood to stack beside the stove.  Another few inches should fall in the night.  But I take a break from snowy chores to fret about the self-induced decline and fall of our so-called civilization.

It begins to dawn on the public consciousness that global warming is actually happening.  The media begin to cautiously note the fact of its existence in stories about extreme weather.  Comedians joke about it.  World leaders mention it in their speeches again.  Polls show that ever larger majorities of people think "something ought to be done."

But we don't do anything about it, and there's no sign we'll do anything any time soon.  Because in fact, mentioning the solution to global climate change is strictly and absolutely taboo - not just among politicians, economists and the media, but among most environmentalists and scientists as well.  At least when the argument was about whether or not climate change was happening - and then later whether it was caused by humans - there was a controversy and a back and forth, and an effort to shape public opinion and public policy.  (No matter how dishonest and stupid it was and how much it was distorted by cynical money from the defenders of the status quo.)

But the solution that dare not speak its name is to leave fossil fuels in the ground.  Don't dig up the tar sands, don't frack the shales, don't mine the coal, don't drill the Arctic oilfields.  You can put up all the charts you want about "reducing CO2 emissions", but as long as we are digging out fossil fuels and burning them we will continue to track the high lines of climate destabilization.

Have you heard any of our leaders talk about leaving it in the ground?  I haven't.  If anything, the enthusiasm now is for more drilling and mining and fracking.  At best I hear about clean energy sources and conservation, but those mean nothing at all for climate change as long as we continue to dig up and burn.  Carbon sequestration is not going to save us, and any attempt at geo-engineering will almost certainly end in disaster.

It's really quite simple.  If we are not willing to step back and leave fossil fuels in the ground, we will create catastrophic global climate change - and many things we take for granted about our lives will fall away.  I understand why the most knowledgeable politicians and environmentalists see little possibility that the public is going to support the needed proactive policies.  They are almost certainly right.   It would mean a pre-emptive end to much of the Oil era's great prosperity.  I understand the calculus that says, leaders cannot cause even a minor catastrophe in the present in order to avoid a major (or even final) catastrophe in the future.

And because I understand the inescapable logic of it, I have little hope that our leaders will save us from the worst.  Until we have an era-ending collapse of some sort (whether economic, political or environmental) they will do everything they can to help us close our eyes tightly and close our minds, and we'll all just hope for the best.
_
Posted by Andy Brown at 5:10 PM 1 comment:

Email ThisBlogThis!Share to TwitterShare to FacebookShare to Pinterest
Labels: anthropology, economy, environment, media, musings, politics, sustainability
Newer Posts Older Posts Home
Subscribe to: Posts (Atom)
Do I contradict myself?
Very well then I contradict myself,
(I am large, I contain multitudes.)
----  Walt Whitman
"Song of Myself"