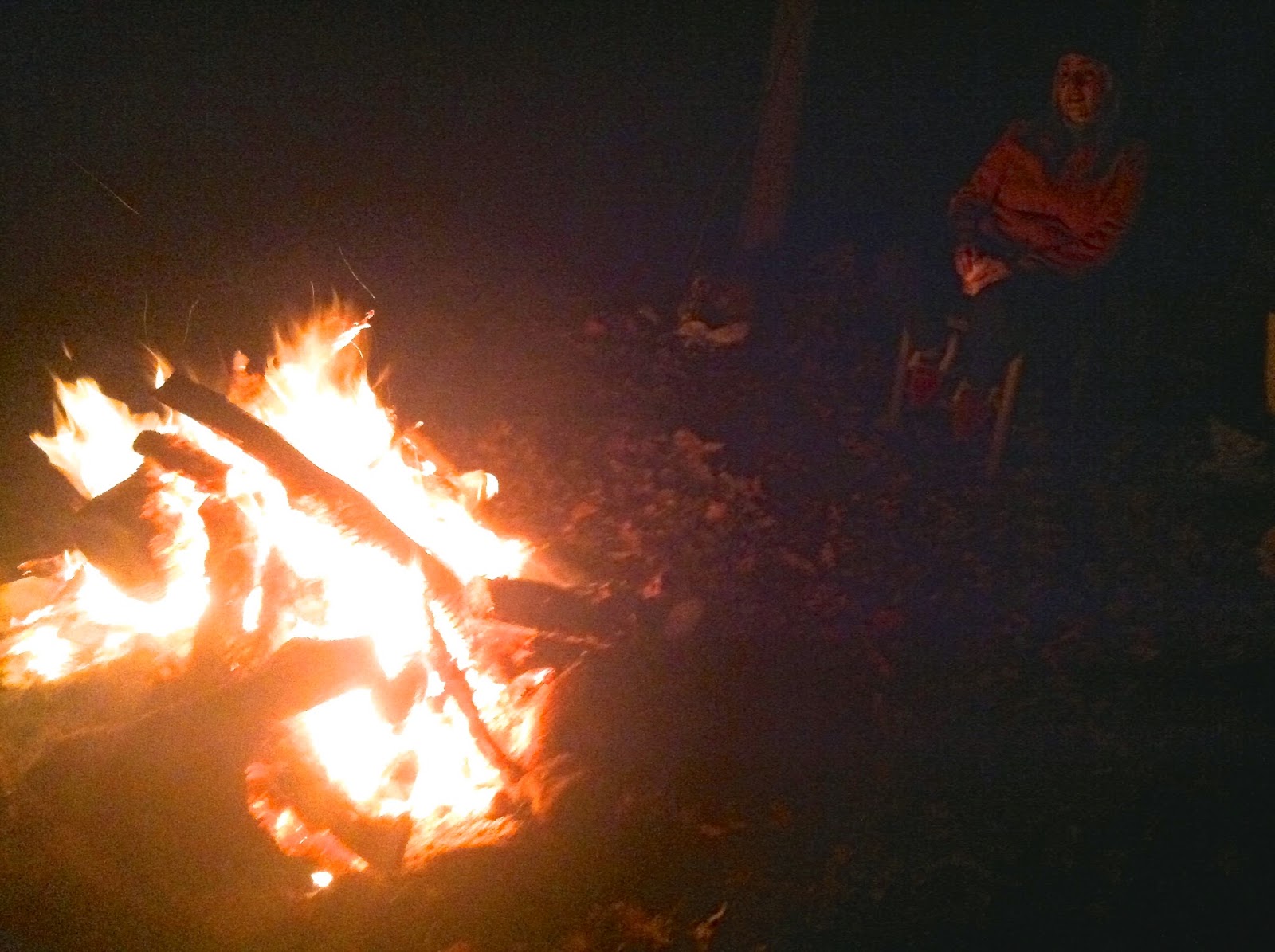 The winter solstice marks the turning of the year.  Days that have been growing shorter and shorter, finally reach a nadir, and will begin to grow longer.  The sun will arc higher in the sky. The cold will deepen, more snow will fall, the ground will become iron-hard and the ponds will freeze solid.  But the sun is coming back - and today begins the long process of re-warming these northern woods - of waking things from yearly dormancy and dearth.

It's an event that humans in the north have marked for tens of thousands of years - taking reassurance that spring will return and life will re-emerge.

We marked it in our own little way.  Friends came over to eat and drink and converse around a bonfire, which the kids fed with pine boughs until the flames reached above their heads.

At this turning of the year, if a person likes, they bring a symbol of something they want to leave behind - something to burn away in the solstice fire.  Or something they wish for the coming year.  Into the fire goes a scrap of paper, an icon, a thought.  Monica saved a pile of birch bark for people to write their notes upon.

Email ThisBlogThis!Share to TwitterShare to FacebookShare to Pinterest
Labels: magic, Monica, outdoors, photos
Newer Posts Older Posts Home
Subscribe to: Posts (Atom)
Do I contradict myself?
Very well then I contradict myself,
(I am large, I contain multitudes.)
----  Walt Whitman
"Song of Myself"