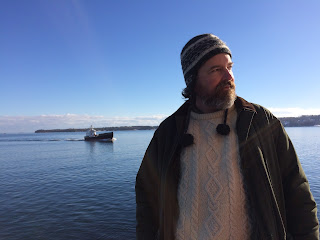 
I could troll around for positive trends, but that's not my beat as a self-styled witness to the decline of an unsustainable civilization.  I can hope that positive trends like a revitalization of civic life or re-localization will pick up steam, but I see no reason to expect that.  Still, I should add a couple of wild guesses to the mix to round out the dectet.
So there we go - my modest exercise in prescience for 2018.  Let's see how I do this year . . . .
Posted by Andy Brown at 9:09 PM No comments:

It is a new(ish) year and it is time for the annual humiliation of seeing how badly I've predicted the future once again.  Is prediction futility?  Can one get better at it?  Does it only work if you never go back and revisit the specifics of what you actually predicted?  (I strongly suspect that that last one is nearest the truth.)

Let's resume this after visiting those last year's predictions . . .


Half-credit on this one, as the FBI was caught laying the groundwork, by inventing a new kind of terrorism, "black identity extremism".  But so far, I haven't heard of any actual crackdown, behind the normal, state-sanctioned terrorism that minority communities face on a day to day basis.
Nope, the Right's railing against "fake news" has continued, as they try to insulate their supporters from any confusing contact with real journalism, but so far nothing concrete and nothing aimed at McClatchy.  More subtle strategies of neutering journalism may be sufficient.
Right!  And the hottest non El Niño year on record.
Trump turned out to have no interest in maintaining his populist bone fides, so he has been a useful - if disruptive - tool for the Republicans to use in their effort to serve their billionaire masters.  The low-information base hears rumblings of outrage from liberals and the media and is satisfied with that.  (See fake news, above.)
Nope, nothing there.  Erdogan's authoritarian moves haven't elicited any widespread unrest, nor has Russia seen fit to pick a fight here.
Nope, real estate is still booming.  Head's remain buried in the increasingly damp sand.
Hmmmm.  Nothing leaking into my Spotify playlists anyway, and no "political" category to explore, yet.  I'll resist the temptation to play the "everything is political" for partial credit.
No one apparently dying yet, not this year anyway.
Nope, the previous year's legislative coup was as far as things have gone, and Brazil's deathly ill democracy staggers forward toward elections.

OK,well that one holds up for another year.

Now I turn my thoughts to predictions for the coming year.  What shall we see in 2018?

Posted by Andy Brown at 5:27 PM No comments: