Yesterday in the yard a woodcock flew up from the leaves at my feet.  Switching from invisible to visible in a sudden whirring of wings.

It reminded me that I need to go hiking in the woods.

Auntie Beak, a prolific local hike-blogger posted recently on the nearby Wahaneeta Preserve and Woody Hill Wildlife Management Area, and I thought about going up there.

But it's late November and my instinct is that even decked out in orange blaze it's the wrong time of year to walk the gamelands of the WMA's.

Instead I opted for a National Wildlife Refuge down on the coast, where I was unlikely to run across any hunters.  The central parcel of Ninigret NWR is a complex of old WWII airstrips.  Most of these were stripped of their paving decades ago and are slowly being overgrown with laurel, grasses and birch.

Along, around and between the scars of the airstrips, several miles of trail roam through salt marsh, woodland, kettle ponds and by the shores of Foster Cove and Ninigret Pond.

I walked the western half of the Foster Cove loop, the fishing access trail, the cross refuge trail, and returned along the runway trail that marks the northeastern border of the refuge.  Some of the paths are grassy and mossy, some paved and some gravel.

Much of the landscape is enough to break a botanist's heart - overrun by a rouge's gallery of invasive plants:  great swaths of trees decked with Oriental bittersweet, beneath which sprawl tangles of honeysuckle, autumn olive, and mulitflora rose.  Phragmites abound, but haven't driven all the cattails from the lilypad pools.

But it's a wonderful place for birdwatching even in the winter.  (There's a reason many of those plants are so successfully invasive - they create seeds and berries that birds and other wildlife eat and disperse.)

White throated sparrows scratched noisily in the dry leaves below the brambles.  Jays and gulls called. A pair of hairy woodpeckers pounded on a resonant maple and yellow shafted flickers swooped by high overhead.

Gold finches flitted in their demure winter plumage.  Yellow-rumped warblers were rising up like flycatchers, though I never saw any insects active down at ground level.

A cottontail rabbit disappeared into the rose thickets.  And plenty of deer tracks marked the trail.

On Ninigret Pond out past the resting gulls, a raft of restless hooded mergansers paddled and dived.

I spied a moth's cocoon, birch leaves wrapping silk and dangling from a twig.  Is it next spring's Luna moth?  or a Polyphemus - oak silk moth?


Whatever it is, I wish it luck evading the squirrels and the birds through the long winter. 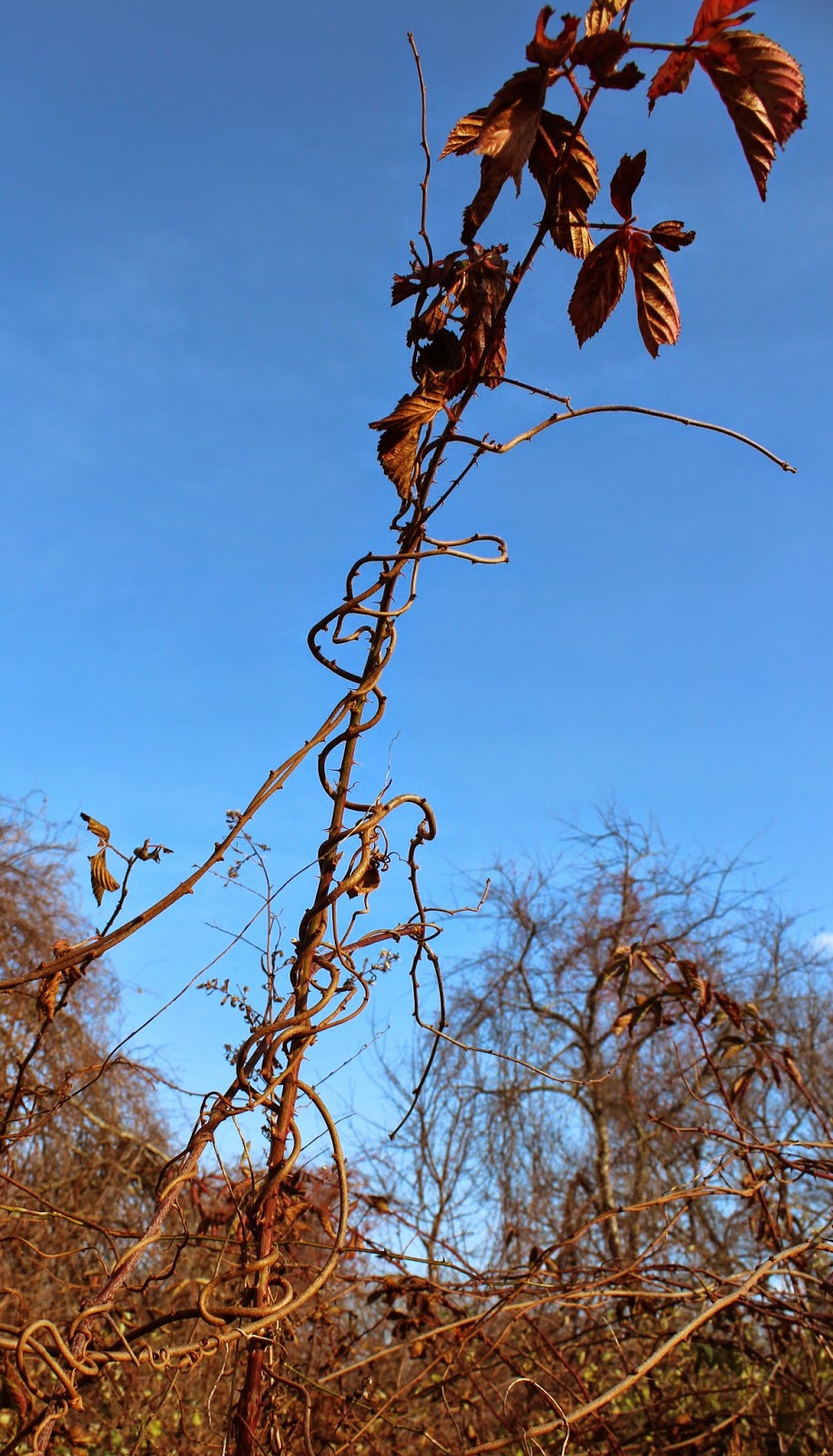