Judging by the oak trees, it's been at least a century since the woods behind our house was pasture.  Those days left behind the innumerable stone walls that criss-cross the forest.  Today I hiked back through them.  The temperature was dropping through the mid-twenties, but the breeze was light.  A new layer of snow was fresh from last night, but not deep.

Once you cross the low wall that bounds our property it's not long before you come to another wall and then another.  There's a small stream that runs to the southwest, and although the water is little more than a trickle, it creates a broad, swampy swale of green briar, pepper bush and other shrubs that make crossing though a chore.

I've never settled on a singular path or cleared one for myself, and often enough I just drift to the southwest until I eventually come to the dirt road that cuts between highway 91 and the railroad tracks. Today I drifted as far as an old foundation I know about - it's marked by a young holly tree - but then just cut through the swampy woods.

The snow showed the tracks of the local creatures -- deer, fox, gray squirrel, coyote.  And down the ice-covered stream itself ran the trail of a fisher cat, I believe.  (It might have been an otter, but there was no sign of any dragging tail.)

I crossed the swale without too much trouble, and continued through the woods to the head of a shallow gravel and sand quarry.  A good place for a snowy owl to hunt, but alas there were nothing but blue jays.  At the mouth of the quarry is that dirt road, which offers access to the railroad tracks, but also bends northeastward to parallel them for a stretch.

I followed it for a few hundred yards to where it forks again, turning leftward up into the forest or rightward down to the tracks.  If you turn right and cross the tracks there you might be able to spot an unpromising footpath that disappears into the woods.  As far as I know it's mostly used by hunters, though someone had once opened it enough for a four wheeler, perhaps to get to the old cemetery that is hidden down there. Or maybe it was fishermen using the trail as a back way to one of their camps down on the Pawcatuck river.

No one has been keeping the trail open recently, however, and scrub oak has collapsed down onto much of it.  Even the deer had given it up, and only coyote prints were upon it.  I persevered to where the land rises and there is a clearing with the remains of an old farm.  The foundations of the house and barn and a hand-dug well mark the edges of a grassy glade.  Pitch pines grow around it surrounded on two sides by swamps and on the third by the river.  It seems an unlikely spot to farm.

Still, it is a pretty place.  To the north there is open water and beaver-felled trees.  This time of year the beavers themselves are cozy within their lodges.  If the lake has a name I've never seen it on any map.  I suppose it may be the northmost extent of Phantom Bog, which surrounds this bend of the Pawcatuck and reaches down Poquiant Brook toward Watchaug Pond.  On this day, the water was iced over and quiet.  Only the little kinglets that live in these stands of pine made any sound at all. 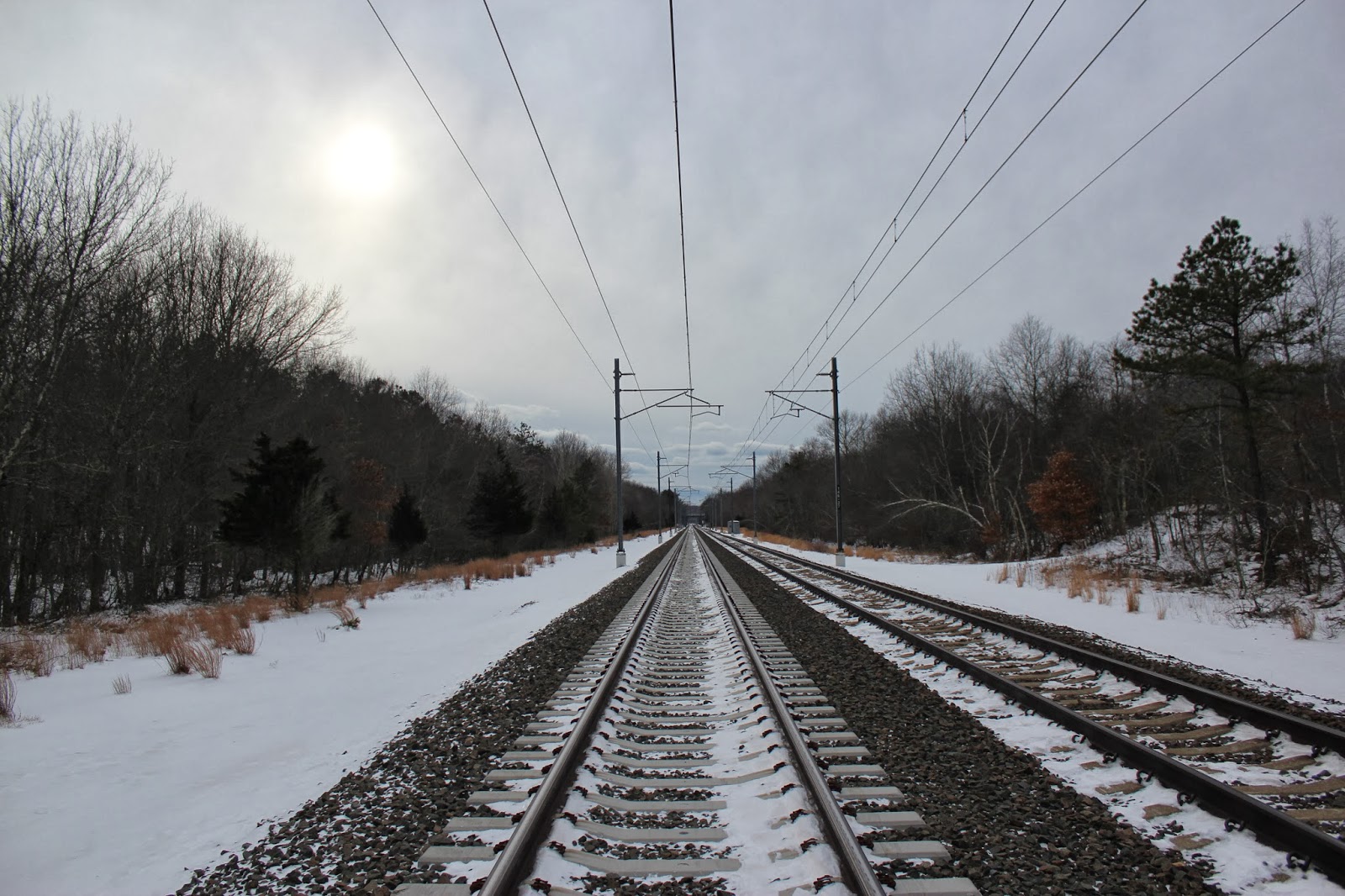 I didn't take the trail back, choosing to trust the deer paths wherever the forest wasn't open.  A single deer can take you into any kind of difficulty, but a well worn deer path always avoids the worst thickets and stands of greenbriar. Their browsing even prunes back what little there is.  The snow has been on the ground for nearly a week, so it was easy to see their favored paths.

I zigged and zagged, because the deer don't always go where you'd like them to, but the hazy winter sun stayed to my left and I wasn't in much danger of getting lost.  I came to the railroad tracks at the quarry mouth and walked back the road toward home.  A flock of robins and a lone hermit thrush kept me company.