Veterans Day is an invitation to reflect upon war and military service.  Myself, I’ve never been a soldier - never was taught to kill or die for god or country.

My father, Richard Brown, was a young school teacher in the 1960’s, and so he was never sent off to the war in Vietnam.

My grandfathers, Porter Brown and William Gilchrist farmed the land in Pennsylvania, even as the Second World War swept 16 million Americans into military service.  You need to look further back to find a soldier.

So too did their fathers and fathers-in-law, Cyrus Brown, John Metz, Samuel B. Metz, Jacob Heddings, Bayard Tewksbury, James Sanford, George Atkins.  These Pennsylvania farmers, carpenters, lumberman would have known the War between the States, even if they were too young to go and join a regiment.  William Gilchrist was old enough, but he broke both his legs in a tree felling accident before he and his friend could run away to enlist.  He was bow-legged ever after, and his friend never returned from the southern battles.

Did my Scots-Irish great great great grandfathers, Francis Gilchrist and John Brown ever take up arms in the North of Ireland?  There’s no record of it.  Nor any record that William Brown or Martin Fleming or Isaac Wagner or John K. Metz or Samuel K. Metz or Matthew McClintic or Heddings left their farms to wear a uniform.  Nor Ben Tewksbury, or Zedekiah Gardinier, or Joseph Burrel Sanford, William Watkins or Ben Holgate.

In that generation of three times great, the only trace of a uniform persists in a family tale of my grandmother's great-grandmother, seduced by a boarder, a French soldier named Philips in 1847.  He was driven off at gunpoint by her father, Roger Haynes.

At least, among the four-times great grandfathers, there are finally guns being pointed at other men.  And a pocket watch that sits upon my bookshelf was carried by a grandfather of that generation, William Brown, in the skirmish that was dubbed the War of 1812.

It’s only in the previous generation, 7 generations back, among my great great great great great grandfathers that soldiering makes any real appearance in my ancestry, notably during the War for Independence.  Benjamin Haynes fought the Lenni Lenape in the valleys of the Delaware River – and is said to have crossed the Delaware with Washington. Barnard Worthen carried a rifle for Massachusetts in the Revolution, and Jacob Gardinier was wounded in the battle of Oriskany in 1777.  Doubtless, research into the records would show more of this among 64 branches of ancestry.

Perhaps it is not surprising, given how the Indian wars and the Revolution were the last to play out across the landscapes of the Northeastern US.  It was the last time that war occurred at the farms and villages of my forbears – where they didn’t have to go and meet it somewhere else.  It seems remarkable that with so much of history written of blood and bullets, so many men should live, like myself, without ever having been a soldier.  I’m not entirely sure what to make of that.
_
Posted by Andy Brown at 4:26 PM No comments: Links to this post 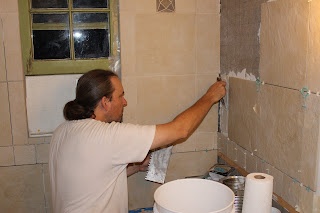 Monica wanted to show her mother and sisters some pictures of the outcome of our summer DIY adventure -- tiling the bathroom.

I hoped it would take two weeks, figured it might take three, and in the end, it took about four weeks of showering at the YMCA.

Yeah, so here are the results - better than we had any right to expect.

Its stone-hard porcelain, so it had better last friggin' forever. 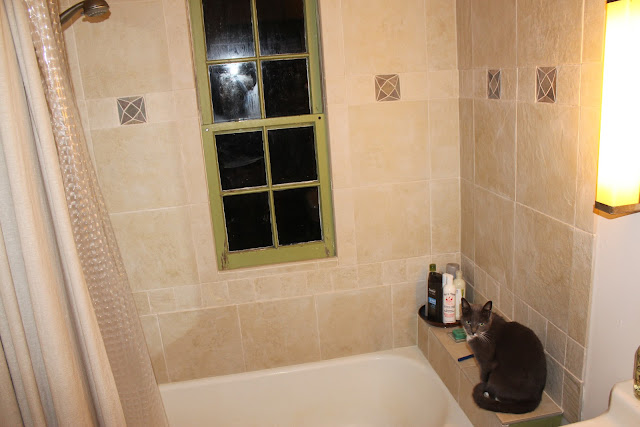 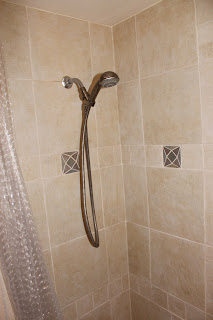 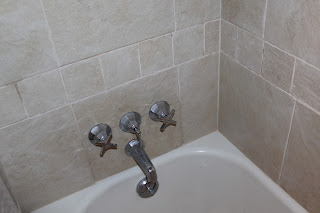 Posted by Andy Brown at 7:27 PM No comments: Links to this post

A pair of bats were flitting around in the gloaming.  Some believe that what's been killing the northern bats these last fifteen years are these winters that are too mild for hibernation.  But moths are flying too in November.  Maybe their adaptive prey will save them from their white-nosed plague.

Posted by Andy Brown at 7:00 PM No comments: Links to this post

_
To carry their presidential standard, the Republicans selected a Mormon plutocrat - a man who made his fortune by gaining control of companies, driving them as far as possible into debt, enforcing draconian cost-slashing and sales of assets, and then selling off whatever was left of the companies if they survived or leaving the carcass and their creditors for dead if they didn't - a man who couldn't be bothered to more than half-heartedly disguise his tax evasions and off-shore accounts - a man who seemingly has no connection to, or empathy for, the lives of most Americans - a man who was completely bought and paid for in a billion dollar campaign underwritten by billionaire interests with political axes to grind - a man who was, in short, a caricature of country-club Republicanism . . .

. . . and 58 million people chose him to be their next president.  Or at least they detested Obama enough to cast a vote for Mitt Romney and his backers.

Nevertheless, Obama is president. Although I wish we had a leadership that was working toward creating a sustainable future for us - rather than pretending the status quo is somehow sustainable - It's obvious that Obama will do more good and Romney would have done more harm - so I can at least take that away from this very, very expensive year of political theater.
_
Posted by Andy Brown at 12:13 PM No comments: Links to this post

_
They say when life gives you lemons, make lemonade. 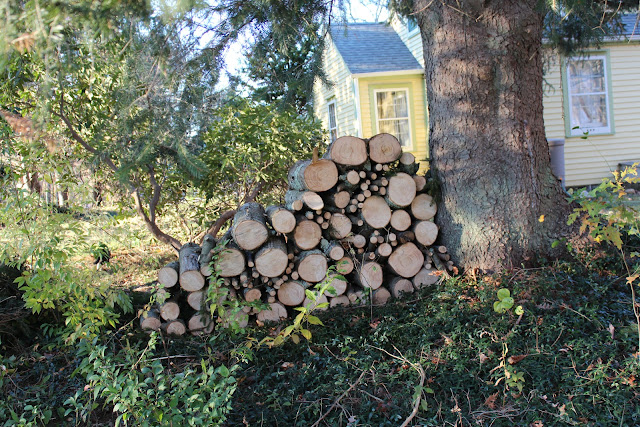 When life drops a tree on your house, make firewood.
_
Posted by Andy Brown at 8:17 PM No comments: Links to this post 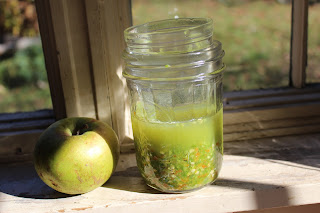 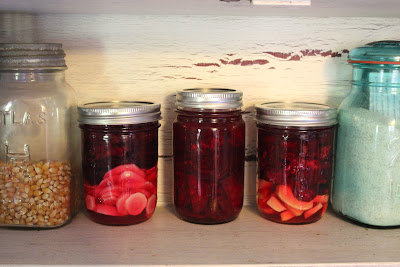 The recipe for these pint jars of beets --
_
Posted by Andy Brown at 8:07 PM 1 comment: Links to this post

Friends of ours went to meet old friends of theirs who were visiting from Morocco, and only finally managed to extricate themselves from New York after weathering hurricane Sandy there.  They arrived home to find a neighborhood with no electricity.

So our house has been the refuge, clamorous now with French as well as English and Spanish.  And we have been eating and drinking and talking and listening to music.  And the kids have been entertaining each other running around in the dark playing kick the can.

And today of course the climbing tree was a magnet. 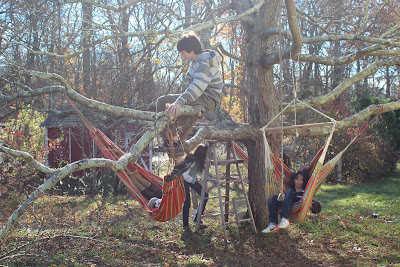 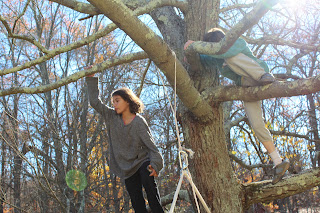 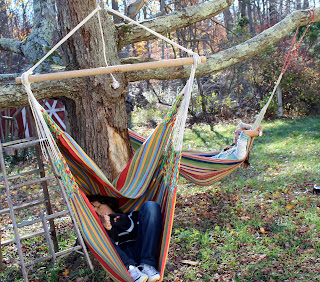 A short video of the tree in action:


Posted by Andy Brown at 11:21 PM No comments: Links to this post

Email ThisBlogThis!Share to TwitterShare to FacebookShare to Pinterest
Labels: Nico, outdoors, photos, Porter, video
Newer Posts Older Posts Home
Subscribe to: Posts (Atom)
Do I contradict myself?
Very well then I contradict myself,
(I am large, I contain multitudes.)
----  Walt Whitman
"Song of Myself"